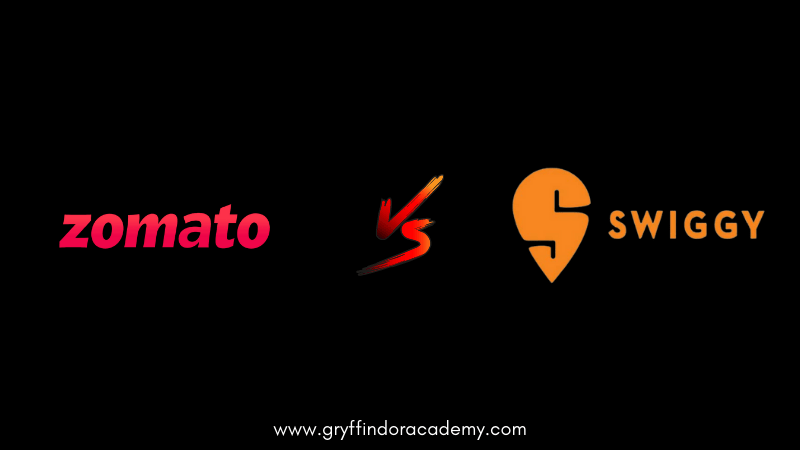 With the pandemic long way from being over, food delivery systems have been under the coverage of work that services to cater to their customers. Two of the largest food delivery platforms are Swiggy and Zomato. Now their growth has been in high and low standardized profits in the past decade. When it comes to marketing strategies, online growth, and revenue generation, we see a high-end competing structure between these two start-ups. Other online food delivery companies such as UberEats and Foodpanda have been in the play for quite a few years but haven’t been close to being successful compared to these brands.

These two brands have been seen to be one of the biggest competing businesses in India as of this year. This including their social media presence and user persona generated towards the audience.

Now, what stands out with the development of these brands, and how have their digital marketing structures been comparatively successful enough to keep customer loyalty intact?

In the following case study, we decipher the different formats of structure that is seemed to follow with these two nationwide known brands and how their brand structures have had an impact on society.

Introduction to the brands.

Swiggy, without a blink, is the largest food delivery platform in India. Headquartered in Bengaluru, India, and launched in 2014 by founders Nandan Reddy, Sriharsha Majety, and Rahul Jaimini, Swiggy was first designed to be a courier and shipping service website called Bundl. Now partnered up with Burger King, Google Local Guide, Indifi Technologies, Soxedo, and even ICICI Bank, Swiggy has created a brand persona for the growth of their nature of services.

Acquiring a business model of B2B, B2C, Swiggy has had a logistically extensive network that is in constant service with their customers. The three main revenue streams that Swiggy attests to are Advertising, Delivery fees and the commission acquired.

The company has styled more into the economic-based factors, delivery of groceries and medicines, which is comparatively a very different style than what the competing company, Zomato has taken forward with. Then again, Swiggy is supported by one of the most reputable investors in the industry.

They adopted several fundamental rules to be successful, such as delivering food to clients on time and having no minimum order requirement. Which also created in them having a high return on investment and created a positive shift in the way food was delivered to consumers. Swiggy also charges clients a modest delivery fee for items that are less than 200 rupees in most regions.

Swiggy Stores also sees tremendous potential in the coming year as it seeks to improve its delivery and logistics capabilities to compete with Grofers and Amazon.

Swiggy promotes its services and brand through a lot of online and offline campaigns. Many online campaigns are prominently denoted towards social media platforms such as Instagram, Twitter, and Facebook. Many famously run online campaigns include #DiwaliGharAayi, #WhatsInAName, Swiggy Karo, Phir Jo Chahe Karo!, and Swiggy Stories. The social media hold that they have do not just go into campaigning their advertisements but also take in customer complaints and feedback.

Zomato stands as the second-largest food delivery platform in India. The platform was originally termed Foodiebay, founded in 2008 by Deepinder Goyal and Pankaj Chaddah. In November 2010, the name of the company was changed from Foodiebay to Zomato to broaden its appeal.

Unlike its competitor, Zomato has its branches wide open to 24 countries and 10,000 cities with its main headquarters in Gurugram, Harayana in India. Some of these countries include Dubai, Singapore, UK, South Africa, Canada, the USA, New Zealand, Sri Lanka, and more.

Restaurants featured on the website launched a #logout campaign, accusing the firm of eroding their profit margins with services like Infinity Dining and Zomato Gold, which offered customers steep discounts.

The revenue streams that Zomato focuses on are Advertising, Ticket Sales from events, Delivery charges and Commission, Subscription programs (such as Zomato Gold), and Consulting. The company follows the model of B2B as well as B2C like its competitor.

The company has spent a lot of money on SEO and has worked hard to enhance its UI and make it more user-friendly.

They have also been managing social media-based campaigns on platforms such as Facebook, Pinterest, Twitter, and Instagram. In fact, Zomato’s Instagram reach is a lot more higher and efficient compared to Swiggy’s as the campaigns they conduct are more audience engaging within helping of online competitions and more.

Some famous online Zomato includes #RideToFame, Zomato Premier League, On-Time or Free, and many other social media campaigns. The prominence of their campaigns runs through these social media platforms using posts and short videos rather than catching a better reach on their advertisements on YouTube.

After analyzing both the companies individually, we’ll have a comparative study of how Swiggy and Zomato stand in opposing terms and also their similarities.

As of 2020, Swiggy has a total INR revenue of 27.76 billion and Zomato has a total INR revenue of 24.86 billion. The two firms got off to a good start, with combined monthly orders surpassing 50 million dollars and both companies’ revenues increasing. Swiggy has a far greater number of daily orders than Zomato, with approximately 1.5 million compared to 1.2 million. To fulfill orders that often cost a few hundred dollars, aggregators must invest much in technology and labor. You’ll also need to serve as many clients as possible for the company model to be financially sustainable.

Zomato boasts of a wider database, more users, and restaurants featured on their websites, a table reservation feature, and a global reach. Swiggy’s prominent USP is delivery on time which Zomato may not be able to focus upon as they also depend on the restaurant’s logistics and third-party services.

The target audience of both the companies cater to a similarly different form of audience. The firms have a key demographic of age 18-35. The main audience that Swiggy caters to is those who prefer an order-in whether it is food, groceries, medicines, etc. Zomato has that feature prominently as well but also compasses in with those customers who want to dine out. Their Zomato Gold program offers both services to be enlisted.

Along with the different Search Engine Optimisation techniques entailed into their specific websites, Swiggy’s website features a meta tag that incorporates their core keywords such as “food,” “online,” “food delivery,” and “order.” Whereas, food names, restaurant names, and phrases like “order food online in Mumbai” are examples of keywords used by Zomato.

The reach that each firm obtains from social media platforms also differs in higher stances. On Instagram, Zomato has a higher reach with the audience than Swiggy because of their contributing style of advertising campaigns of posts that cater to their required target audience. On YouTube, Swiggy has a significantly higher reach and most of the audience generated into their videos are from advertisements that are generally towards a relatable, comical storyline.

According to studies, quite a few users have stated that the more of a reason to use Swiggy is because of their UI structure. Whether it is the viewability of the content, accessibility of search fields and restaurants, how much more time-consuming, etc. Even on the application, Zomato shows more prominence to follow with restaurant reviews, ratings or to order whereas Swiggy has their application centered around eco-friendly, delivery of grocers and medicines, etc. As simple as it is, cutting-edge technology makes the entire process even easier, resulting in a better user experience.

Although these competing online platforms have had their sets of trends and controversies along the way, the people of the country are now so bound and dependant on these applications. It mainly caters to the youth that is dependant on technologies for most services. The key target audience that Swiggy and Zomato cater to are taken into account because of their growing social media presence as well. This is applicable as most of the revenue generated by these companies comes from paid advertising on applications or webpages run by using Google Adwords.

The Digital Marketing strategies adopted by these companies are rather followed by current trends which gives an edge in perceiving their content strategies. Although these companies provide the same form of service, the ideas put across by both companies are vividly different from the other. Zomato and Swiggy have been fighting for dominance in the sector by providing clients with infinite discounts and deals, as well as executing unending marketing and PR campaigns.

What makes Swiggy different from Zomato?

Swiggy and Zomato come under the category of online food delivery platforms. Although they provide the same, main service, the subtopics of services under the main service are said widely different. Whether be it how their User Interface looks, the different social media platforms they prioritize to advertise, how a generation of revenue works, or how Zomato shows more prominence to follow with restaurant reviews, ratings or to order whereas Swiggy has their application centered around eco-friendly, delivery of grocers and medicines, etc.

Why did Uber Eats fail in India?

Uber Eats was relatively newer compared to Swiggy and Zomato. It was launched in 2018 and was then acquired by Zomato. The frequency of advertisements and campaigns launched is distinctly really far-fetched with their timelines. That and revenue generation to then cutting back losses fell through for this brand. The celebrity endorsement used to advertising aside, the brand had no reach compared to its competitors, as well.

Which is better Zomato or Swiggy?

From an unbiased point of view, Swiggy has a lot more of the targeted demographic than the other. When it comes to how their individual mobile application has helped the users to mode it easy, the prior has a benefit there as well. Swiggy is developmentally a lot more successful with their services than Zomato. 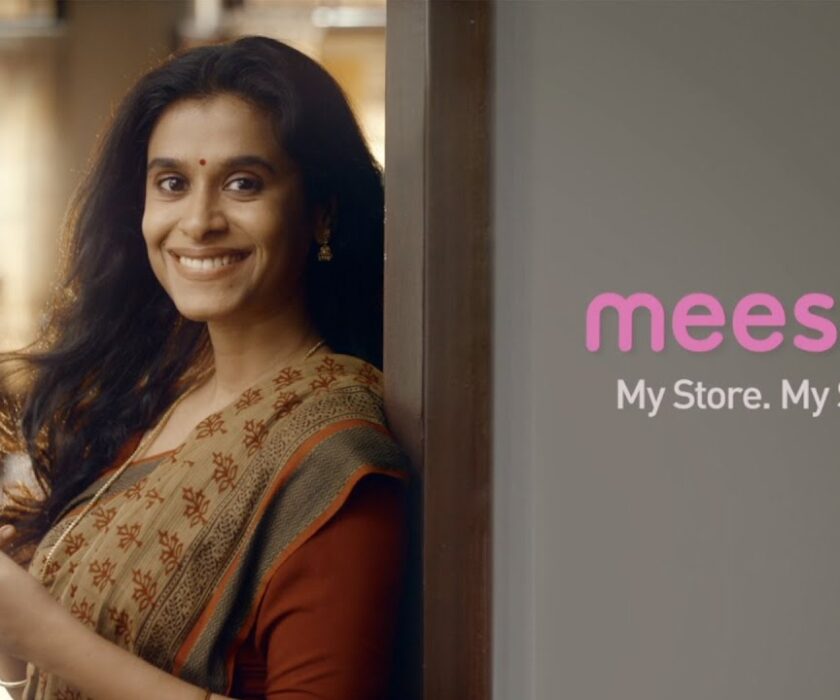